It’s hard to believe that we are already into the third week of the legislation session. Normally, years begin a bit calmer, but this session has started out with a bang.

An Educational Meeting with the Future Leaders from Around the World 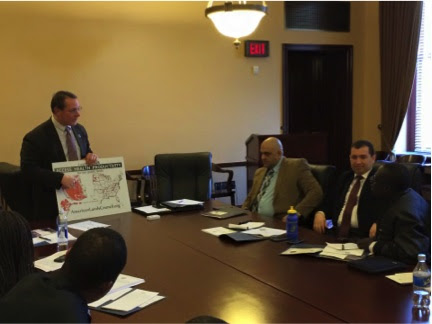 During week two of the legislative session, I had the privilege of addressing a group of future leaders from all over the world. They asked for a briefing about the public lands issue.  These leaders were absolutely shocked that the federal government owns a majority of the land west of Colorado.  Because of the experiences in their own countries, they understand that with property, comes liberty, self-governance, and proper land management.  Ms. Yan Zhou, Associate Professor at Sun Yat-Sen University School of Government stated that China understands that the people closest to the land manage it best.  Now, we just have to get our own government to remember this fact. This was a very unique opportunity to share viewpoints and help spread our message not only in the United States, but also the world.

This year, Speaker Hughes entrusted me with the responsibility of serving as chairman of the Public Utilities and Technology Committee.  This committee reviews bills dealing with solar power and renewable energy, electrical utilities and various technological bills. During this committee, we passed a bill which assists people with disabilities by making technology more accessible. 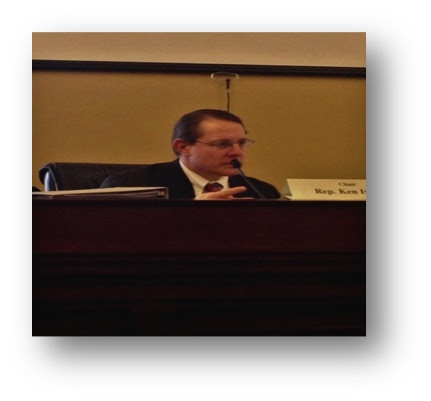 Because of a old and unfair law and practice, West Jordan has not been allowed to have car dealers in our city even thought we are the 4th largest city in the state. This limits the ability of our city to collect generate tax revenue to fund schools and public services. West Jordan residents buy vehicles but a large share of the tax revenue benefits other communities and stifles other develop associated with auto dealers.  The existing auto dealers don’t want to see new dealerships open and have fought to maintain this unlevel playing field for West Jordan. Should this bill pass, the tax revenues from the sale of a sale of a vehicle will follow the purchaser instead of staying in the community where the vehicle is purchased.  This is an effort to level the playing field and make it more fair for funding education and providing public services for all communities.

Through this resolution the State of Utah applies for a Convention of the States to limit the authority and restrain the uncontrolled spending of the federal government.  It is obvious that Washington D.C. is broken, and Washington is never going to fix the Washington Problem.  Fortunately, the Framers of the Constitution gave the States a remedy in the Constitution to propose amendments so that the States can exercise ultimate control over a distant and increasingly unaccountable federal government.  Speaking of Article V of the Constitution that gives this power to the States, Alexander Hamilton said “We may safely rely on the disposition of the State Legislatures to erect barriers against the encroachments of the national authority.” States all around the nation are beginning to realize that if they don’t step up to reign in the out of control spending and regulation in DC, they will have no one to blame but themselves, because they have the constitutional power to restore balance in our unprecedented State-Federal governing partnership.

Kathleen Clark, Utah director of public lands came into the Natural Resources, Agriculture, and Environment Appropriations Committee this Wednesday and testified about how our federal government is closing roads and access, and about how it harms the health of our lands and restricts access to our school trust lands. Unfortunately, there are many who do not realize the effects such an out-of-control federal government is having the well-being of our citizens. I encourage you to read the recent study put out by PLPCO (Utah’s Public Lands Policy Coordinating Office) a couple of months ago, that shows very clearly that not only can Utah manage its own lands, but we cannot afford NOT to.

Another important topic of this week, Healthy Utah, was debated by the Conservative Caucus. The group hosted experts both for, and against the governor’s plan.  The group of legislators were able to ask questions and obtain clarifications in order to make the best possible decisions for when the issue is presented before them to vote on. 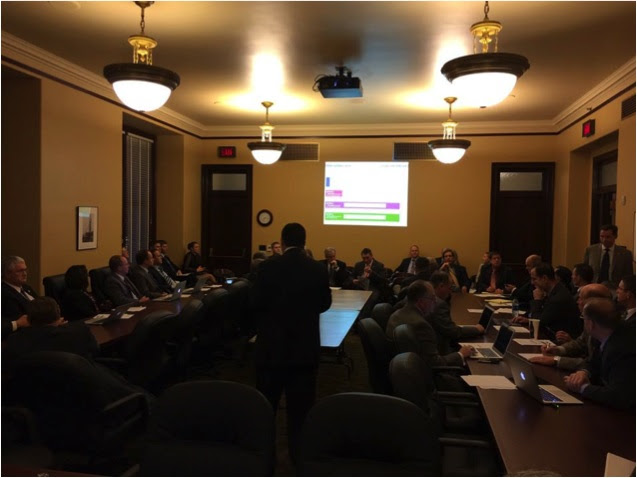 After speaking at the national Breitbart convention this past Fall in New Hampshire, I was asked to be a weekly contributor to the Breitbart website on  the important issues of the transfer of public lands, federalism and state sovereignty. As I share these insights with Breitbart’s national readers, I will also share them with you. If you have any questions or have ideas for topics I should address in my weekly column, please send me an email with your thoughts.  Illinois, Won the First Sagebrush Rebellion – Published this week 2/4/15The South Caroline Resolution for the Transfer of Public Lands  – Published 1/26/15

As always, I am honored to represent our District 47. I encourage you to contact me with any concerns or questions you may have.

If you are interested in spending a day or a half day with me up at the capitol, I would be happy to have you join me. It is a great opportunity to see what really happens during these sessions and gives me an opportunity to stay close to the concerns of our District. If you are interested in scheduling a time to spend up at the capitol, please contact my intern, Clay at 435-823-4302 or email him at ccrozier@le.utah.gov.

Thanks for your continued support!