This week on the hill was extremely busy and very productive. It’s hard to believe we are over halfway through the session as there is still a long way to go before we can rest.

Removing the Statute of Limitations for Victims of Childhood Sexual Abuse

Currently, Utah’s law says a victim has only four years from the time they turn 18, or the time of Discovery to file a civil action in court. To those who are survivors of childhood sexual assault, that statute is laughable. You might as well say that the victim has no civil rights whatsoever because it is incredibly rare that a victim of childhood sexual assault will be able to come forward and report their abuse ever. Let alone in four years. The average age that a victim of childhood sexual abuse is able to come forward is forty-years old. This change would allow victims to heal in their own time and have the right to seek the resources needed to do so.
Thank you to the many people who came to share their experiences as survivors. To learn more about this legislation and follow its progress, click HERE. 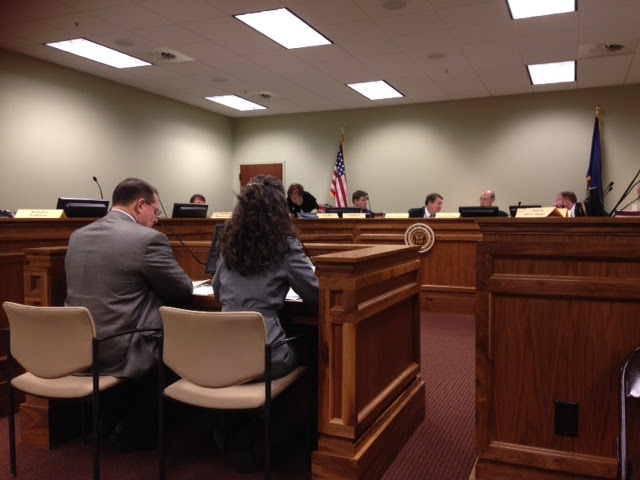 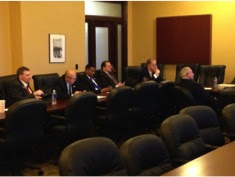 In 2014, after years of study and deliberation, the legislature made the decision to move the Utah State Prison. This session, among the major issues we’re confronting are those of funding construction of the new prison and reforming our criminal justice system. The current prison needs hundreds of millions of dollars in improvements just to keep operating at current capacity. It is unable to accommodate programs proven to reduce recidivism and more likely return prisoners to productive lives upon release. Unfortunately, the current prison structure doesn’t allow for many of the reforms recommended by the Commission on Criminal and Juvenile Justice that are integral elements of these new programs. We have a unique, once-in-a-lifetime opportunity to not only build a new prison, but to do it in a way beneficial to our state for generations to come. With a little less than half of this year’s general session under our belt, we’re continuing to work hard and tackle the difficult issues facing our state. As always, we welcome any questions, comments, or concerns, and look forward to hearing from you.

Taking a Stand for West Jordan

There is a fundamental unfairness among the way that vehicles are taxed and where the capitol ends up.  Our great city of West Jordan has the fourth largest population in the State of Utah.  Yet, our funding for education does not show the same statistic.  Under the current law, vehicles are taxed based on where the dealership is… even if all of the people purchasing the vehicles live in West Jordan.  Therefore, other cities are benefiting from the citizens of West Jordan, and our city is left under-funded. I have been meeting with our mayor and have had the opportunity to communicate with the auto dealerships and stand up for the citizens of West Jordan and let them know about the issue that has been ignored for far too long.
For more information on this, click HERE.

I have proposed this resolution, which has passed out of the Government Operations Committee, requiring our legislative attorneys who write the bills to have a thorough understanding of the concept of federalism.  With this legislation in place, our attorneys will be more knowledgeable on the rights of our state.  In turn, the people of Utah will experience more local governance and be more protected from our federal partner.

Last week, I wrote another article in Breitbart News teaching about Senator Thomas Hart Benton of Missouri who served in the US Senate from 1831-1851, and whose state at the time was 90 percent federally controlled for decades. You may be thinking, “Benton is not a famous U.S. senator.” Well, tell that to John F. Kennedy who included Thomas Hart Benton as one of eight prominent U.S. senators in his best-selling, Pulitzer Prize-winning book Profiles in Courage. Or, consider that Teddy Roosevelt wrote a 372-page biography of Thomas Hart Benton.  This man happens to be the champion of the transfer of public lands for the state of Missouri.  To read more click here

Update on the Eastern States

Great progress is being made across our great nation.  I have organized a staff of interns that are pursuing Eastern States to pass resolutions that support the Transfer of Public lands back to the western states.  Eastern states need to know that their tax dollars are being spent in Utah as well as other western states for the federal government to mismanage lands, when the states are more capable and efficient at taking care of them without the federal headache.  Currently, Arkansas, Georgia, New Hampshire, Texas, Tennessee, and New Mexico all have Transfer of Public Lands legislation running through the 2015 session.

Last Wednesday, I was honored to speak to the Women’s State Legislative Council.  This group meets together and looks at issues that affect women and families.  From there, they get to decide whether to support or oppose certain legislation.  It was nice to be able to give them some insight and details regarding the public lands issue.
Please feel free to contact me if you have any questions concerning current legislation. I will do my best to get back to you. Also, if anyone is interested in spending time with me up at the capitol, it is a great way to see how your local government works up close.

Thanks for your continued support!